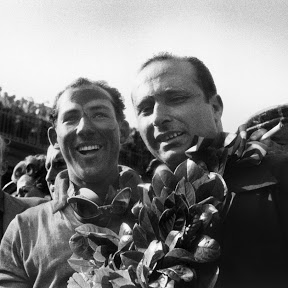 Parrilla 1410 粉絲數 64 總影片數 565.85萬 總觀看量 2019-06-11 發佈數據更新時間 --
影片觀看量135.49萬
點讚比例 83.9%
629 121
評論數255
粉絲觀看率 100%
表現非常棒
影片預估價值 31.72萬元 - 57.11萬元
粉絲互動率 0.23%
影片標籤
F1 Formula One Crash Accident Monaco GP 1967 Lorenzo Bandini Ferrari fatal classic motor racing Scuderia Ferrari
簡介
In May 1967 Bandini was racing at the Monaco Grand Prix, running second to Denny Hulme on the 82nd lap, when he lost control of his car at the harbour chicane. He had just entered an S-turn when his Ferrari's left rear wheel hit the guard rail, sending him into an erratic skid. It impacted a light pole and overturned. The car hit straw bales which lined the harbour side, rupturing the fuel tank, and sparks ignited the fuel as the car rolled over, with Bandini trapped beneath it. Marshals flipped his car upright and pulled Bandini, unconscious, out from the flaming Ferrari. It is thought that, during the effort to right the overturned car, gasoline leaked on the hot brake line or the exhaust pipe and exploded. A second fire occurred when the gas tank exploded after Bandini had been pulled away from the Ferrari.

Bandini's burns were extensive, with third degree burns covering more than 70% of his body. The worst burns were on his arms and legs with slight burns on his face. Doctors were forced to wait for twenty-four to forty-eight hours before resolving to move Bandini to a hospital in Lyon, France, which specialized in the treatment of burns. Other options considered, by the doctors, were flying in skin grafts from Italy or a specialist burns unit team from East Grinstead in England. The burns caused severe lesions. He also sustained a chest wound and ten chest fractures.

Three days later, Bandini succumbed to his injuries. He died at Princess Grace Polyclinic Hospital in Monte Carlo. There were concerns about the promptness of Bandini's rescue. However, investigators from the Principality of Monaco ruled on 10 May "that the security operation had functioned properly." The straw bales, having been banned from all Formula 1 races in response to the accident, were replaced by an extended guard-rail the following year.