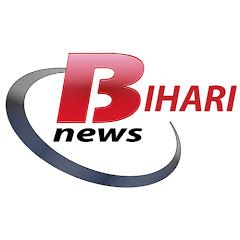 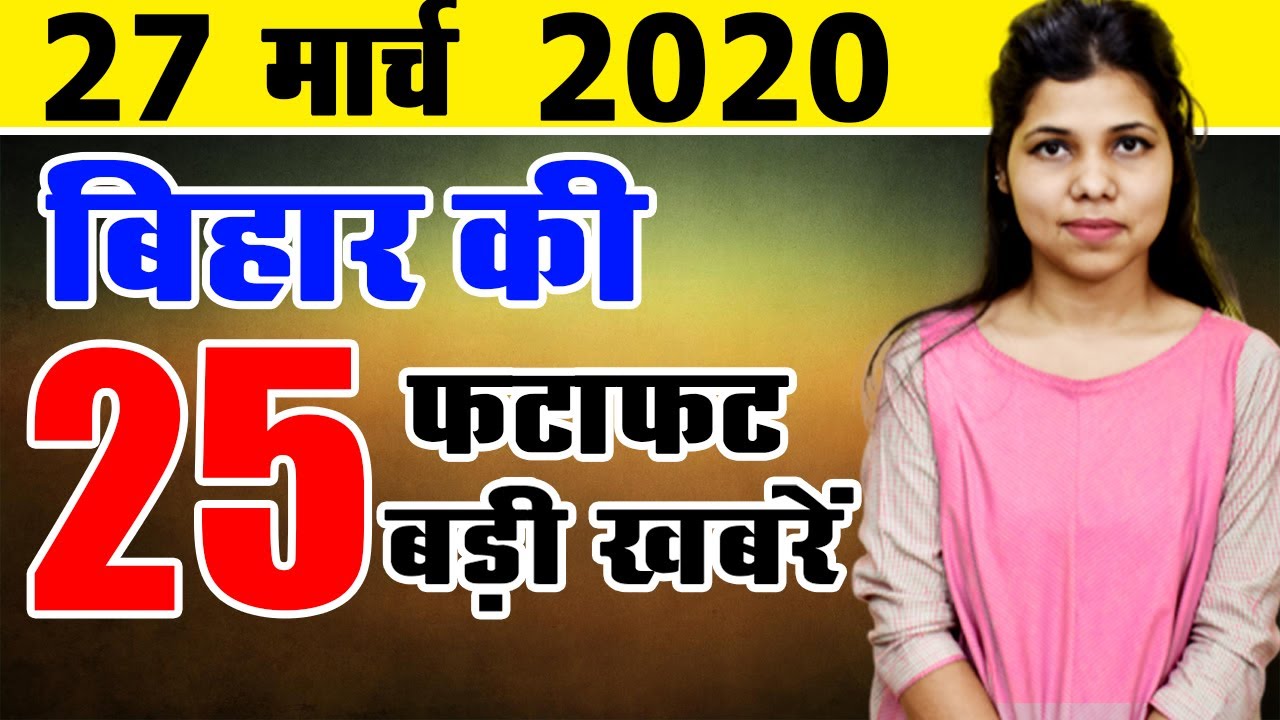 Get trending,fast latest daily top 25 news of all Bihar districts video in Hindi i.e. 27th March 2020.Detailed information on Bihar government, bssc,patna IGIMS,Chhath puja,nitish kumar,Tejaswi yadav,prashant kishor,sanitizing patna,LDC Exam,RMRI #Biharnews #biharnewstoday #Dailybiharnews 1. DM Kumar Ravi issued order to open other institutions including Vishal Mega Mart 2. #Bihargovernment became strict after the announcement of bandh 3. Hundreds of people from Bihar stopped in Jammu for the bandh 4. This village of Bihar closed its own path to protect itself from Corona 5. #bssc extended registration date for Inter Level #LDCExam In view of the increasing impact of Corona, the Central Government had recently announced the closure of the whole of India. The same effect was seen in many examinations of Bihar, the application date for the Inter Level Main Examination 2014 has been extended by Bihar Staff Selection Commission. Under which candidates can now apply till 13 April instead of 28 March. 6. Corona will also be investigated in #patnaIGIMS IGIMS of Patna was also opened for investigation of Corona from last Thursday. Under which the entire process of corona investigation will be completed in just 12 hours. Not only this, it can also be sent to IGIMS in all 9 medical colleges of Bihar for investigation. At the same time, tell you Corona that the facility of investigation was only in the #RMRI of Agamkua. Let me tell you the same, 4 cases of corona have been confirmed so far in Bihar. 7. Toll will not be taken during the bandh across the country While making the above announcement, Union Road and Transport Minister Nitin Gadkari has clearly stated that no toll will be taken from any person during the bandh. Because anyway there is a closed atmosphere in the entire country, in such a situation, only the essential service is operational. The toll was made free so that people do not have problems. Nitin Gadkari has given this information by tweeting himself. 8. More than 500 Bihari are present in other state than closed 9. Banking work will be done from 10:00 am to 2:00 pm Keeping in mind the bank related facilities of the people, amidst the growing impact of Corona, the government has announced the opening of all banks from 10:00 am to 2:00 pm. 10. All the people who do Chhath will do #Chhath from home this time. 11. Officers were seen touring on the fourth day of the bandh 12. Secretary of Teachers' Union wrote to Prime Minister Narendra Modi demanding salary 13. Chief Minister #nitishkumar gave hundred crores for Bihari living in Pardes In view of the increasing impact of Corona, along with the help of Biharis living in the state, #cmnitishkumar has recently announced a grant of Rs 100 crore from the Chief Minister's Relief Fund. 14. After the chief, the chief secretary will now talk to the mayor and ward members 15. Gas cylinders will be given free for the next 3 months 16. Union Minister of State Ashwini Choubey appeals to the people to be restrained and patient 17. Admission in Kendriya Vidyalaya will be processed in June 18. People suspected of corona will now be listed 19. Modi government announced economic package In this environment of Bharat Bandh, Finance Minister Nirmala Sitharaman has announced a package of one lakh 70 crore rupees from poor to job under the Pradhan Mantri Garib Kalyan Yojana. Not only this, it has also announced an insurance of Rs 5000000 for doctors. Along with this, Finance Minister Nirmala Sitharaman also announced relief of food items to 80 crore poor and daily laborers of the country under Pradhan Mantri Garib Kalyan Yojana. At the same time, announced to send ₹ 2000 directly under the Prime Minister Kisan Samman Nidhi Scheme for farmers. 20. #Tejaswiyadav lashed out at Chief Minister Nitish Kumar 21. Bihar workers left in Delhi are now seeking help from the government In view of the spreading Laxman of Corona, the government had recently announced the closure of the whole of India, while the Bihar government has now come to Delhi to help the laborers who remained in Bihar, under which they released the government from all the workers Helpline number 98183 31252 and 97737 11261 has been requested to call for help 22. Bihar minister spent his time in horticulture and reading books during closed time 23. Congress leader demands workers to give 80% of their income 24. Chief Minister Nitish Kumar obeyed #prashantkishor 25. Municipal corporation is #sanitizingpatna The Bihar government is now seen in active mode to protect against corona in Bihar. Under which, now the government has started the work of sanitizing the whole of Patna. Yesterday, a lot of people responded to the question we asked, by commenting on it, thank you very much for that, the news of you which we liked is Deepak Kumar Thakur Vinod Raja Pankaj Kumar Prince Raj Vicky Kumar Vipin Kumar Upendra Manjhi Shamit Khan Arvind Kumar Nirmali Chandan Kumar Manju Pramod Ramji Kumar Yadav Mohammad Mohsin.